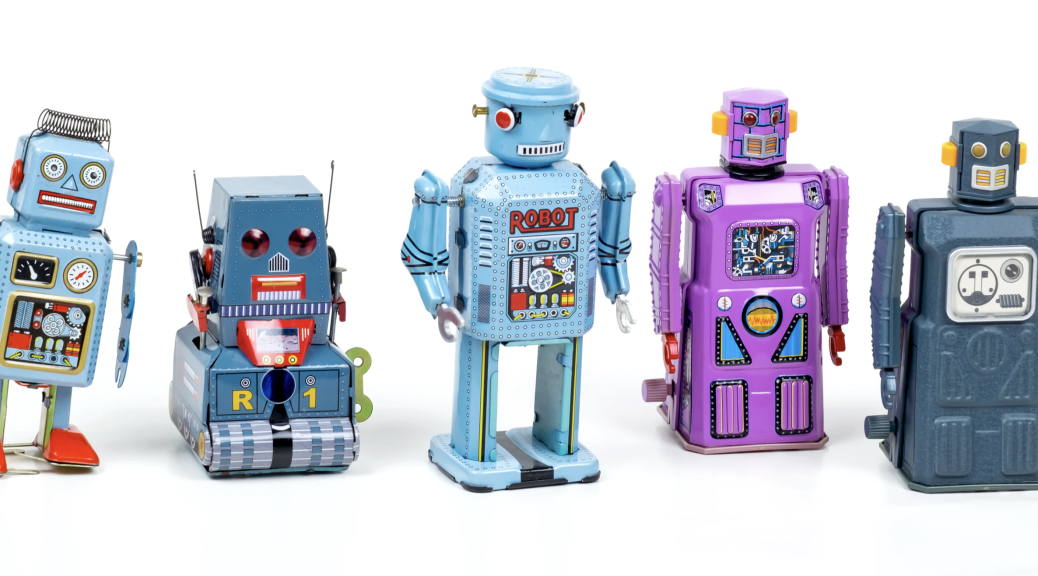 The text robots are here, bringing significant disruption, for better or for worse. Services based on Natural Language Generation, NLG, are popping up like mushrooms on the web—automated news writing, computer-generated product descriptions, and tools for creative writing are just some of the applications. The time has come for human writers to ask themselves: ”What makes my texts so unique compared to the output from well-written algorithms and powerful machine learning”?

To be honest, I didn’t see this coming. But, sitting at the computer typing away, I get distracted by a disturbing thought. Although I have been a paid writer for three decades, a little voice in my head keeps asking this stinging question: “Would this writing task be performed better by a text robot?”

What I am referring to is a digital tool—or AI, model, robot, or whatever you choose to call it – which produces natural language. State of the art is stunning: in all kinds of genres, the text generators are spewing out tailor-made texts which are perfectly coherent and icy logical, with no errors whatsoever when it comes to spelling and grammar. Undoubtedly, this technology has climbed out of its cradle and is entering the commercial arena – not toddling but rather swaggering across the floorboards.

Accordingly, a growing number of companies are serving their customers with tools for automatic text generation. Here are some examples:

When it comes to this kind of content, the reader doesn’t expect any creativity or “out-of-the-box thinking”–quite the contrary! The British writing consultant Susannah Ross once wrote that ”Effective writing is writing that does its job.” Thus, for these texts to serve their purpose, they should be brief, well-structured, and written in clear, plain language.

The writing coach within me doesn’t have much to put up against this. Reluctant as I may be, I have to admit that this new generation of clever text algorithms is apparently based on the same writing type of instructions and advice I am trying to convey during workshops and courses. As a matter of fact, I am very much for boilerplate-based communication! In the box below, there is an example of a manual protocol that ”mechanically” gives a useful output in a reliable way. It would be straightforward to demonstrate a similar recipe for a press release or a web page.

But how about creative writing? With this, I mean texts that should show a particular style, tonality, or originality to fulfill their purpose. For example, it could be a cover letter that should mirror the applicant’s personality in order to land them their job. Or it could be marketing or PR copy that should affect the feelings and attitudes of the reader—and ultimately, the reader’s behavior. What about literature? Would it be possible to automize the generation of customized romance novels, where the reader is the love object, or weekly episodes of a never-ending fantasy series, where the reader has designed the main characters like in an RPG (role-playing game)? To explore these questions (as time is still too early for proper answers), we must bring GPT-3 to the discussion.

You’ve probably heard about GPT-3. This digital super toy from OpenAI—a California-based AI research and deployment company—has created quite a rave since its launch in May 2020. The acronym stands for ’Generative Pre-trained Transformer 3’, which doesn’t say much to most people. Techies would describe it as an “autoregressive language model that uses deep learning to produce human-like text.”

Basically, GPT-3 works like this. If you feed it with a prompt, for example, a couple of sentences, it will return sentence after sentence of natural language. As the model thoroughly has studied how humans tend to combine words in millions of example texts, the output will, in many cases, be flawlessly well-written and make perfect sense.

Hence, the first minutes with freeform GPT-3 exercises are mind-blowing for text professionals. If you simulate a conversation, it will return interesting replies which are eerily human-like. If you use a piece of Eliot’s or Dickinson’s poetry as the prompt, something surprisingly engaging will emerge. If you add marketing copy, GPT-3 will play the role of a gifted junior colleague delivering the first drafts, ready for human refinement.

However, the problem with GPT-3 soon breaks the surface of this river of words and stares us in the face. The darn thing is not only a chatterbox but a compulsory liar. Without hesitation, it makes statements that are just not true. It’s a beast, no doubt about it, but a beast that should be shackled – just as the Norse gods put a magical chain around the neck of the monstrous Fenrir wolf.

Some useful yet ethical ways of using natural language technology

There is no doubt that NLP technologies in general (where “P” stands for “processing—see fact box) are very useful for professional writers. As a matter of fact, we use it all the time, for instance, when we let Google or Facebook translate other’s web pages or our own snippets of text. Another example is when typing assistants like Grammarly review spelling, punctuation, grammar, clarity, and engagement.

Here are some situations—wherein my personal opinion—text robots can be our friends without us crossing any lines regarding neither work ethics nor professional dignity.

Just putting the words together.
Probably, there are very few writers who feel passionate about writing standardized texts where the data and information are served from the beginning, the format is set, the style should lack all traces of personality, and no creative initiatives are allowed. Accordingly, I do not see it as a sign of a decaying civilization if we let robots write weather reports, product descriptions, and commonplace local news.

Rewriting short fact texts.
Let’s be honest: as writers, we all need to write short captions or dry fact boxes sometimes, where the most effective way to proceed is to copy-paste from a trusted source and just knead the prose a little so that your version clearly differs from the original. Personally, I think it would be ok to let a text robot do these kinds of tasks as the texts in question are there just to convey facts and not to bring along a style, an attitude, or a story.

Creating varieties of headers, slogans, and taglines
Some of the new tools are designed to spew out a number of different versions of the same text snippet. This can, for example, be used for brainstorming suggestions for headers or to perform so-called A/B testing of an internet advertisement (“Which alternative, A or B, gives the highest number of clicks?”)

Literary inspiration and exploration
For centuries, authors have experimented with different ways to create poetry, prose, and drama. A number of these experimental methods are based on imitation, appropriation, free associations (sometimes under the influence of drugs), and so-called aleatoricism – that is, artistic compositions resulting from “actions made by chance.” An example of the latter is the so-called cut-up technique, in which a book page is cut up with a pair of scissors and rearranged in new ways. Obviously, authors and artists will find new ways to create literature and art with NLP-based technology.

Getting ready to face change

As of 2022, how should we, professional writers, approach this development? Obviously, it is hard to make any confident predictions as we are rushing into uncharted territory with a few similar scenarios from history to learn from. In addition,  the professional discourse still is restricted within the tech field, and the practical and professional body of experience is minimal. Still, I dare to contribute my 50 cents in the form of some reflections.

Automated texts will be a part of everyday life. We will read a lot of texts written by robots without knowing it; the output of a well-programmed NLG system may just be as clear and structured as a text written by a rushed junior at a news office – if not better!

There will be a tidal wave of shallow and pointless “content.” Marketers and SEO consultants will boost their output of texts that pull us into some kind of sales funnel. Probably there will soon be tools that on a day-by-day basis can spot trending subjects in the same way as, for example, Twitter spots trending hashtags. From these observations, the device can instantly collect text material from all over the web and put together utterly short-lived articles that no one cares about, but many skim-read anyway.

Plagiarism will explode. NLG tools make it extremely easy to rewrite texts—same factual content, same structure, and disposition, but everything reordered and re-formulated. This will be a nightmare for a number of professions—from journalists to university teachers.

For the human writer, who takes pride in being a person of letters, style, clarity, and knowledge, the message should be: “Get ready to change your mindset!” NLP technology will not go away, but it will change the way you look at different types of text assignments. To end this on a positive note, I think NLP can serve the same purpose as the lamp-based pacing system used in athletics: to perform at our best, we must make sure that we keep at least one step ahead of technology.

So, be open-minded and keep learning new tools & techniques. In addition, stay eager to define, produce & identify quality. Your most enviable traits as a skilled writer are still tough to imitate: a context-based sense of style, purposeful imagination, and sound judgment at all times. And perhaps most important of all: being a human writer, you also understand the human reader – the person we all serve in the end.